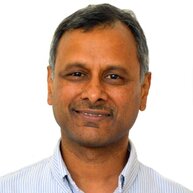 
Title: Human-Centric Smart Computing
Abstract:
As smart computing, exemplified by a combination of mobile based sensing and artificial intelligence (AI), begins to impact various aspects of our lives, there is a need to combine it with a better understanding of drivers of human behavior. We describe our ongoing work in diverse areas, including health, agriculture and information access where human-centric smart computing is key to developing an effective solution. We present an AI-based approach to modeling the diligence of health workers in a public health scenario, which is needed to ensure that the data being fed to downstream algorithms is of high quality. We describe additional scenarios of "data corruption" in the context of information access where the "corruption" of data is not a bug, but a feature based on natural human behavior. We then present a wellness-based approach to improve health outcomes for people, which requires a combination of mobile sensing, machine learning and influencing human behavior. Finally, we describe a deep learning based modeling of human behavior in a specific game-based setting, which has very interesting implications if we are able to generalize that approach to broader settings.
​Biography:
Dr. Manish Gupta is the Director of Google Research India. He holds an additional appointment as Infosys Foundation Chair Professor at IIIT Bangalore. Previously, Manish has led VideoKen, a video technology startup, and the research centers for Xerox and IBM in India. As a Senior Manager at the IBM T.J. Watson Research Center in Yorktown Heights, New York, Manish led the team developing system software for the Blue Gene/L supercomputer. IBM was awarded a National Medal of Technology and Innovation for Blue Gene by US President Barack Obama in 2009. Manish holds a Ph.D. in Computer Science from the University of Illinois at Urbana Champaign. He has co-authored about 75 papers, with more than 7,000 citations in Google Scholar, and has been granted 19 US patents. While at IBM, Manish received two Outstanding Technical Achievement Awards, an Outstanding Innovation Award and the Lou Gerstner Team Award for Client Excellence. Manish is a Fellow of ACM and the Indian National Academy of Engineering, and a recipient of a Distinguished Alumnus Award from IIT Delhi. 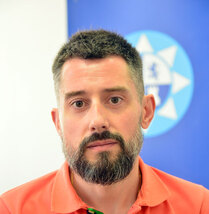 Title: Deploying low-cost air quality monitoring networks from scratch
Abstract:
​Air quality is a topic that arouses increasing interest, especially in the field of smart cities. In fact, most modern cities have, to a greater or lesser extent, air quality measurement stations. These systems are useful for measuring representative values but not for locating specific pollution problems. One solution to this problem is to measure in more places, but the high cost of these stations is a limiting factor. Thus, an alternative solution is to deploy a low-cost sensor network to monitor multiple points simultaneously. However, there are many challenges that must be solved when setting up a network of this type. In this presentation, the process of creating a network of this type from the beginning and how it has evolved from the initial concepts will be discussed.
Biography:
​Rafael Asorey-Cacheda received his M.Sc. degree in Telecommunication Engineering (major in Telematics and Best Master Thesis Award) and his Ph.D. (cum laude and Best PhD Thesis Award) in Telecommunication Engineering from the Universidade de Vigo, Spain, in 2006 and 2009, respectively. He was a researcher with the Information Technologies Group, University of Vigo, Spain until 2009. Between 2008 and 2009 he was also R&D Manager at Optare Solutions, a Spanish telecommunications company. Between 2009 and 2012, he held an Ángeles Alvariño postdoc position, Xunta de Galicia, Spain. Between 2012 and 2018, he was an associate professor at the Centro Universitario de la Defensa en la Escuela Naval Militar, Universidade de Vigo. Currently, he is an associate professor at the Universidad Politécnica de Cartagena. He is author or co-author of more than 60 journal and conference papers, mainly in the fields of switching, wireless sensor networks and content distribution. He has been a visiting scholar at New Mexico State University, USA (2007-2011) and at Universidad Politécnica de Cartagena, Spain (2011, 2015). His interests include content distribution, high-performance switching, peer-to-peer networking, wireless sensor networks, and nano-networks. In 2020, he co-founded a spin-off company, Qartech Innovations, focused on the development of low-cost air quality monitoring solutions for smart cities, smart homes, and industry 4.0.​